With 16 platforms and more than 150 wells, the Santos Basin pre-salt is today one of the most competitive production hubs in the industry

In May, Petrobras completed ten years of production in the Santos Basin pre-salt, with above average efficiency and productivity indicators compared to its offshore industry peers. There are 16 platforms and more than 150 wells operating in that hub alone, which account for 90% of all Brazilian pre-salt production. Extraction costs under US$ 7 per barrel and high field productivity position the pre-salt as one of the most competitive frontiers in the industry.

The company’s accrued production reached 2.5 billion barrels of oil equivalent in that layer in just one decade, a volume that corresponds to the whole proven reserves in Argentina, for instance. Today, the pre-salt of Santos and Campos basins already accounts for about 60% of the domestic production.

“The unique characteristics of the Santos Basin pre-salt, such as its location in ultra-deep waters, the salt layer reaching 2 km in thickness, and the distance of 300 km from the coast were an unprecedented challenge for Petrobras and the industry. But ten years after the first oil from Tupi, we not only developed unprecedented solutions to overcome the challenges in the pre-salt, using the highest technical skills, but also verified its economic viability and broke a sequence of records. We have plenty of reasons to celebrate this date,” said Petrobras Upstream Executive Officer, Carlos Alberto Pereira de Oliveira. 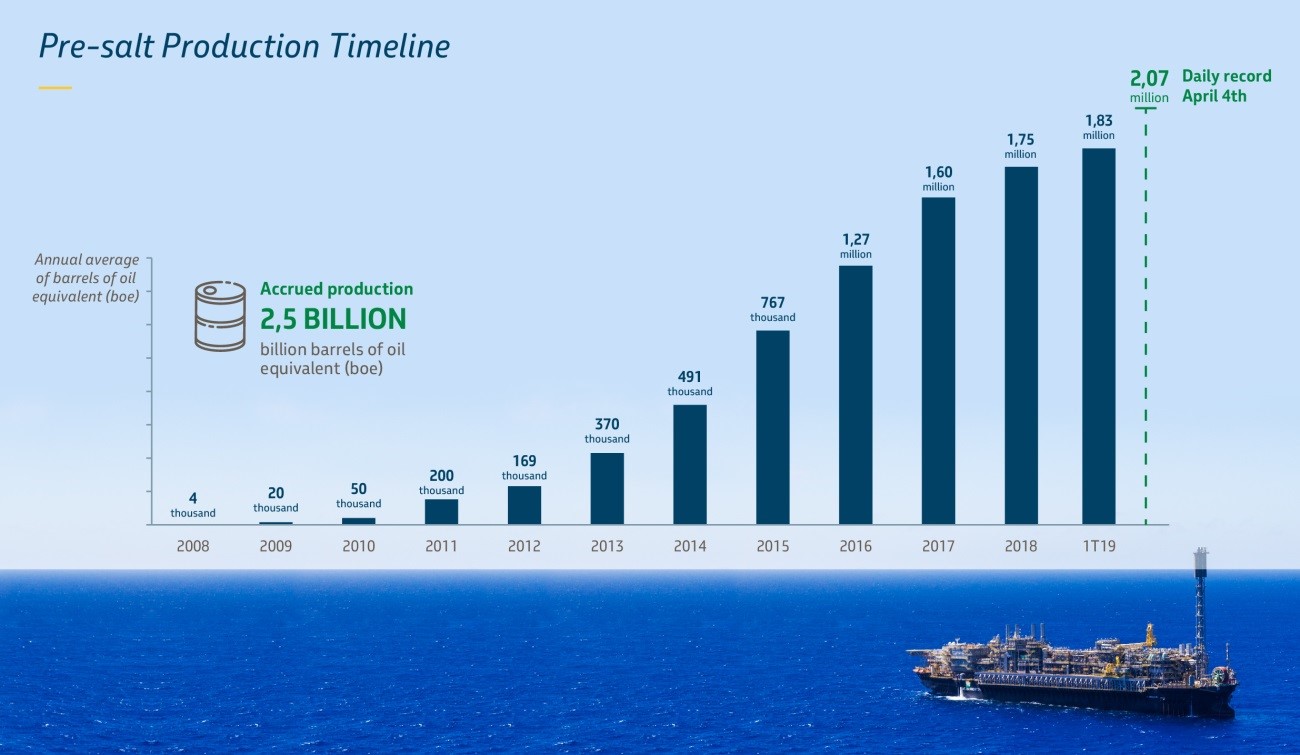 Vision of the future 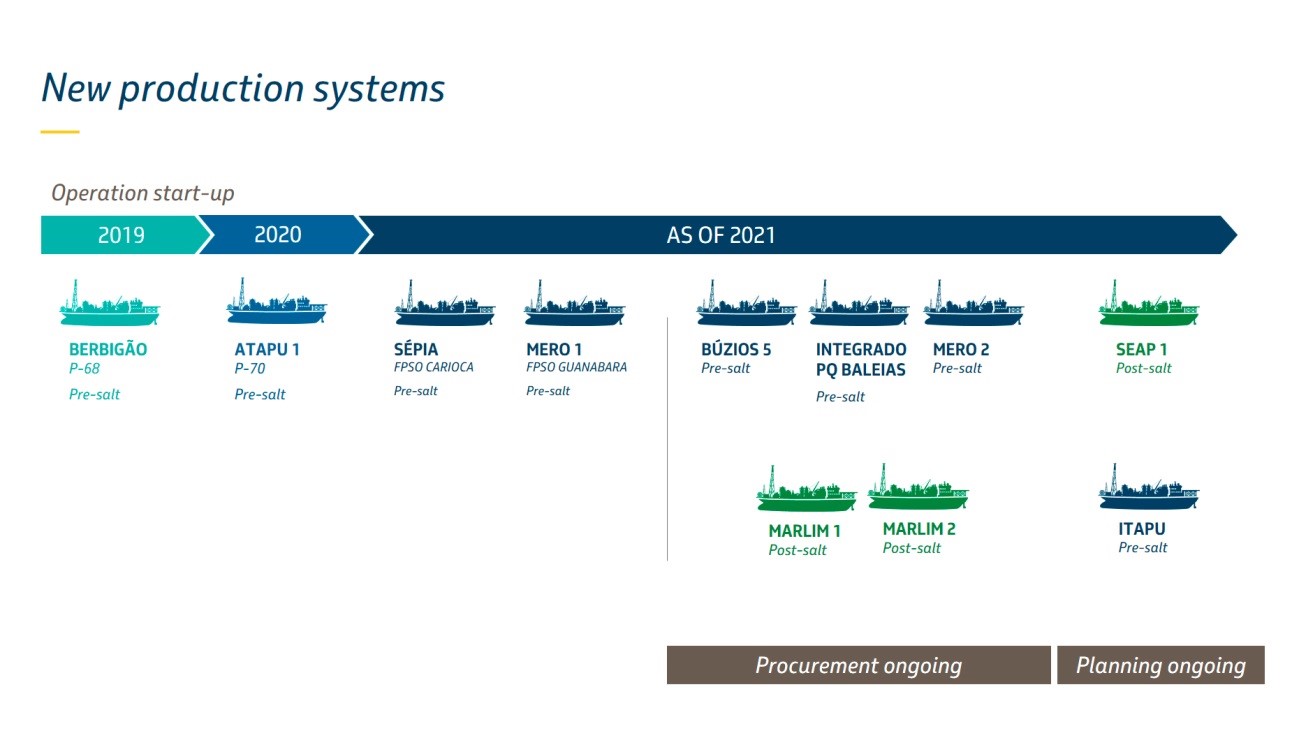 In addition, in Campo de Mero, the FPSO Pioneiro de Libra, aimed at obtaining information about the reservoir prior to the implementation of the definitive system, already surpassed the milestone of 60 thousand barrels of oil equivalent per day with only one hooked-up well, indicating high potential in the future.

Part of the success in this region is due to the experience exchanges with big companies in the industry working in partnership with Petrobras.